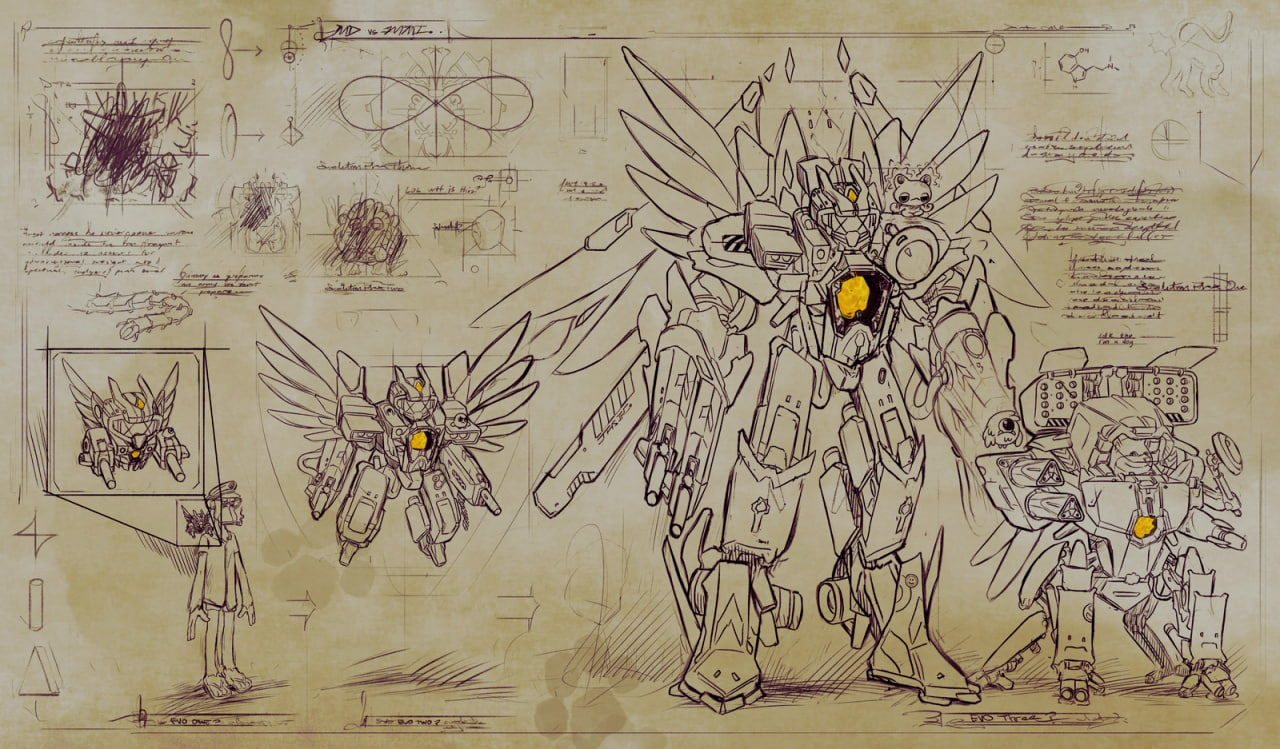 Yesterday at lunchtime, BAYC broke up its community member’s day by teasing them with a tweet of a detailed sketch that “Gary the Dog Prophet made in the swamp after he licked a toad.”

Check out the bizarre announcement:

When focusing on the image, viewers can see that, at the top of the sketch exists the phrase “MD vs. MMI”:

This idiom crops up in the community time and time again. Consequently, some BAYC fans are at the edge of their seats, wanting to get to the bottom of what it means.

One of the places this phrase is found is via the “Trial of Jimmy the Monkey” website, when users check for updates.

Users can also see this phrase on BAYC’s Roadmap 2.0. BAYC states that the Trial of Jimmy the Monkey is the prologue to MD vs. MMI. However, none really knows what that means.

On the other hand, the sketch unveils a tantalizing glimpse into the evolution of three robots. When looking closely at the bottom of each, viewers can notice three phrases underneath them: EVO1, EVO2 and ECO3.

This exact same terminology is on the BAYC website, under a graphic about “The Summoning” ceremony, which will take place on February 15. Although, little to no information about the event is yet to be revealed.

Gary’s sketched artwork drops hints to BAYC fans about what’s to come. Now it’s time for community members to put the puzzle pieces together and enjoy what’s to come.