Why Twitter Is The Main Platform For NFT Marketing 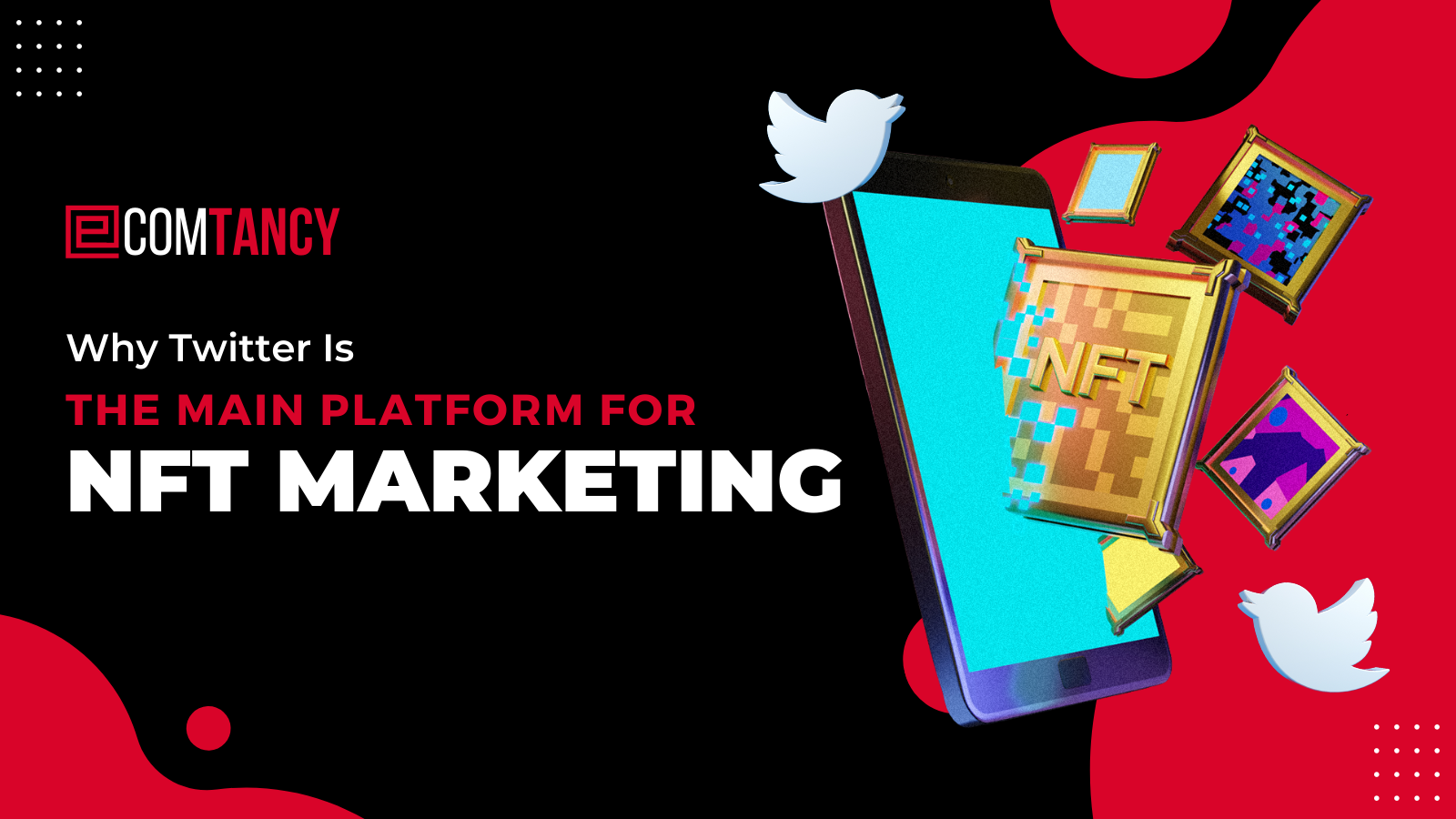 Twitter has emerged as the go-to hangout for cryptocurrency enthusiasts in recent years. From its founders’ positive attitude toward digital currencies to the platform’s fun initiatives that have integrated NFTs into the user experience seamlessly, it’s clear that any NFT project that hopes to blossom into a viable service needs to deploy its NFT marketing strategy on Twitter.

Without knowing what makes Twitter the preferred destination for NFT startups, it may be impossible to get the most use possible out of the platform. This overview will make it easy to understand how to leverage Twitter for any NFT marketing initiative.

If you’re launching an NFT project, Twitter should be one of your go-to marketing channels. Not only is it a great way to reach a large audience quickly, but it’s also relatively affordable compared to other marketing channels. And with Twitter’s new Promoted Trend feature, you can even get your project in front of users who don’t follow you. Of course, simply having a Twitter account isn’t enough.

To really succeed on Twitter, you need to be active and engage with your audience. Post frequently, run contests and giveaways, and think outside the box to get people talking about your project. With a little effort, you can quickly grow your user base and gain adoption for your NFT project.

Boasting over 300 million active users, Twitter is one of the most popular social media platforms in the world. It’s also a great place to promote an NFT project. The large user base means that there’s a good chance that people will see your tweets about the project, and the platform’s emphasis on brevity means that you can get your message across without having to write a long post.

In addition, Twitter is home to a number of influencers who can help to promote your project to their followers. So if you’re looking for a way to reach a large audience, Twitter is definitely worth considering.

A huge draw to the Twitter platform is the potential for a Tweet, thread, or project to go viral. With the ability to retweet and share content, it’s easy to get your project in front of a larger audience. Plus, with Twitter’s algorithms, your content is more likely to be seen by people who are interested in what you’re offering.

And, if your content is really good, it could go viral, reaching an even wider audience. So, if you’re looking for a way to reach potential NFT collectors and investors, Twitter is a great place to start.

Twitter has long been a go-to platform for digital marketers, and its recent integration with NFTs makes it an even more attractive option for those looking to promote their projects. With the ability to set their profile picture to an NFT that they own, Twitter users can now show their support for a project or brand in a very visual way.

Additionally, Twitter’s NFT-friendly interface makes it easy to find and view NFTs, making it a great discovery platform for those looking to get involved in the space. With its large user base and growing interest in NFTs, Twitter is poised to remain a major player in the world of NFT marketing.

Twitter is compatible with other social channels and they make it easy to publish content to multiple platforms at once. By integrating with other social media platforms, you can amplify your message and ensure that it reaches a larger number of people. In addition, Twitter can help you to spread awareness of your project by providing a platform for you to share your updates and engage with potential customers.

By using Twitter as part of your NFT marketing strategy, you can reach a larger audience, build buzz for your project, and ultimately increase your chances of success.

It’s clear that Twitter is the place to be if you’re keen to hit the ground running with your NFT marketing. What is less known is exactly how you can start to approach marketing on Twitter. Here are some strategies to get you started!

One way to market your project is through a direct messaging campaign. By sending personal messages to potential buyers, you can create a more personal connection and increase the likelihood that they will check out your project. Additionally, direct messages allow you to provide more information about your project than what would fit in a tweet or post. As such, they can be an effective way to promote your NFT project and reach a wider audience.

One of the most time-tested and proven ways to increase engagement on Twitter is to conduct a giveaway on your NFT project account. By offering a prize for retweeting or mentioning your project, you can reach a wider audience and generate some buzz for your new venture. Plus, who doesn’t love free stuff? So if you’re looking for a fun and easy way to promote your NFT project, consider conducting a Twitter giveaway. You might be surprised by the results!

Bring Influencers Into the Fold

If you’re promoting an NFT project on Twitter, working with influencers can be a great way to get your project in front of a larger audience. When choosing influencers to work with, it’s important to find people who are relevant to your project and who have engaged followers.

You can use Twitter’s search function to find influencers in your niche, and you can also look at the lists that they’re included on. Once you’ve found some potential partners, reach out and see if they’re interested in working with you. If they are, then you can start promoting your project through their channels.

Remember to be respectful of their time and followers, and make sure that you’re providing value for them as well. With a little effort, you can quickly start to see results from working with influencers on Twitter.

Hashtags are a great way to get your NFT marketing project noticed. By doing a hashtag analysis, you can see which hashtags are being used most often and which ones are the most popular. You can then use these hashtags to get your project more exposure. Hashtags can also be used to target specific audiences. For example, if you’re trying to reach people who are interested in art, you could use the hashtag #art. By using hashtags strategically, you can make sure that your NFT marketing project gets the attention it deserves.

So, what do all of these benefits mean for you and your NFT project? Simply put, Twitter is the best platform to market your non-fungible tokens. With a large user base, viral potential, and cross-platform integration, Twitter offers everything you need to get your NFTs in front of as many people as possible. But don’t take our word for it! Try out some of our tips for yourself and see how well they work for you.

If you are stuck with the strategies that aren’t working for your NFT Marketing, get yourself an expert who knows about the NFT Marketing strategies that make the project NFTs sell out in minutes so you should focus on project and art development. We at Ecomtancy Handle NFT projects at ease with our proven strategies we have a vast portfolio of successful sold-out NFT projects. Schedule a call with us to know about every possibility that could work for your project.