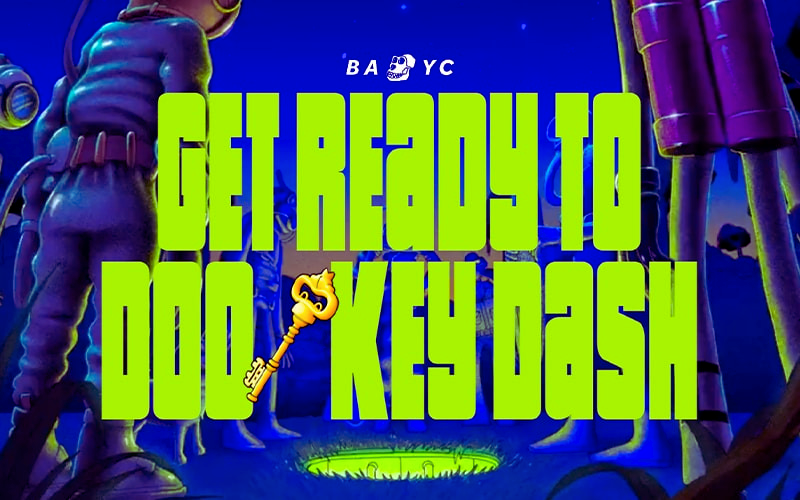 Dookey Dash – What’s the Fuss About?

Owners of BAYC and MAYC NFTs can acquire a free Sewer Pass NFT from January 17 to February 8 as access for Dookey Dash.

Dookey Dash is a game that utilizes a “skill-based mint” and requires players to maneuver through a cartoonish sewer setting, collecting BAYC items to win rewards while attempting to advance as much as possible.

This upcoming game will only be playable by BAYC and MAYC NFT holders. All owners of the Yuga Labs NFTs will receive a Sewer Pass NFT as a reward.

BAYC took to Twitter to unveil information about the game yesterday:

Although the news reveals little information, apparently players will be rewarded based on their gaming performance in the sewer.

The Rise of Yuga Labs NFTs – What’s Next?

Following the news, MAYC NFTs—typically more reasonably priced than other Yuga Labs NFTs—have seen a 124% increase in sales volume over the past 24 hours, reaching $4.2 million.

BAYC NFT sales, on the other hand, have surged 171% in the same period, reaching nearly $3.5 million.

Although gthe Sewer Pass is necessary for those wanting to play Dookey Dash, users can resell the NFT pass, which will likely drive demand in secondary marketplaces like OpenSea.

The pass also comes in multiple tiers based on the BAYC NFTs owned by the user—some of which grant more generous bonuses to game scores than others.

This expansion based NFT mint shows us once again the innovation of Yuga Labs in the NFT sphere.